COVID-19 Alert Get Vaccinated! Read On... 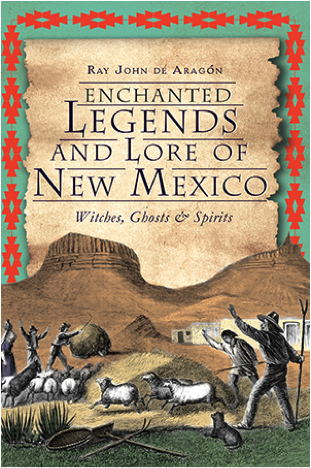 Beginning in the seventeenth century, townsfolk and rural dwellers in the remote Spanish colonial city of Santa Fe maintained a provocative interest in mysterious and miraculous visions. This preoccupation with the afterlife, occult forces and unearthly beings existing outside the natural world led to early witch trials, stories about saintly apparitions and strange encounters with spirits and haunted places. New Mexican author Ray John de Aragón explores the time-honored tradition of frightening folklore in the Land of Enchantment in this intriguing collection of tales that crosses cultures in the dark corners of the southwestern night. 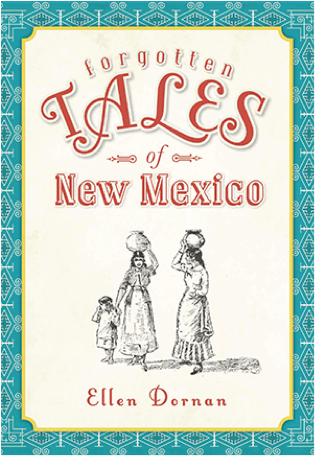 New Mexico, a place defined by a history of grand conflicts, conquistadores, Pueblo warriors, and nuclear scientists, will celebrate its state centennial in 2012. What better time for a collection of forgotten tales that recounts the adventures and exploits of priests, soldiers, witches, and politicians, who carved out a living in the harsh frontier. Ellen will introduce the reader to a cross-dressing Buffalo Soldier, a French trailblazer who opened a road from Santa Fe to Texas, an American spy who became a Mexican general, a Mexican raised by the Navajo who helped round up the Din for removal, and a governor whose head was removed and used as a football. Spanning from the 17th century to World War II, these stories are drawn from Native oral histories as well as the state’s written records, and provide a sampling of New Mexico’s colorful past.

John Butterfield’s mail service connected the East and West Coasts in one of the great entrepreneurial and pioneering stories of the American West. Until 1858, California’s gold fields were reached only by horseback, wagon or ship around Cape Horn. Congress decided a 2,800-mile, twenty-five-day stagecoach line would roll from St. Louis to San Francisco. Former Utica, New York mayor Butterfield hired one thousand men and bought 1,200 horses, 600 mules and 250 wagons. Surveying the wilderness, he built roads and two hundred way stations, graded river fords and dug one hundred wells. Join author Melody Groves on a cross-country trip from Missouri to California, and all points in between, as she recounts the Butterfield Stage Line’s amazing odyssey. 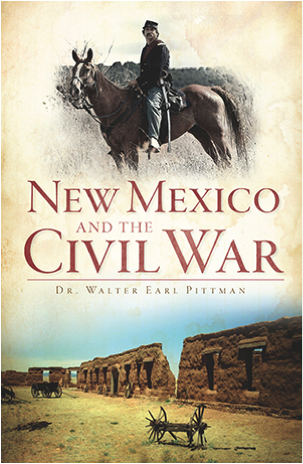 Although the New Mexico Territory was far distant from the main theaters of war, it was engulfed in the same violence and bloodshed as the rest of the nation. The Civil War in New Mexico was fought in the deserts and mountains of the huge territory, which was mostly wilderness, amid the continuing ancient wars against the wild Indian tribes waged by both sides. The armies were small, but the stakes were high: control of the Southwest. Retired lieutenant colonel and Civil War historian Dr. Walter Earl Pittman presents this concise history of New Mexico during the Civil War years from the Confederate invasion of 1861 to the Battles of Valverde and Glorieta to the end of the war. 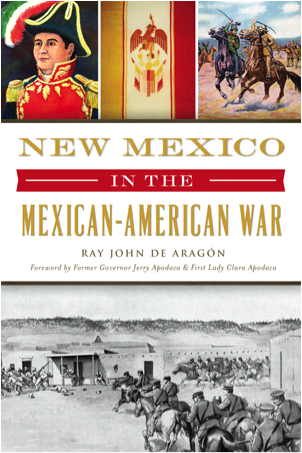 Establishing New Mexico as a U.S. territory was anything but bloodless. The Mexican-American War brought ferocious battles, brutal sieges, guerrilla warfare and scorched earth tactics. More than three hundred Mexican and American forces were killed or wounded in a single battle near Santa Fe. During the Taos Revolt, Governor Charles Bent was scalped and murdered in his home, and American forces fired cannons into a church where Pueblos and Mexicans sought refuge. Soldiers destroyed entire villages like Los Valles, killing or forcing residents to flee. Author Ray John de Aragón recounts these and other dramatic stories behind the birth of the Land of Enchantment. 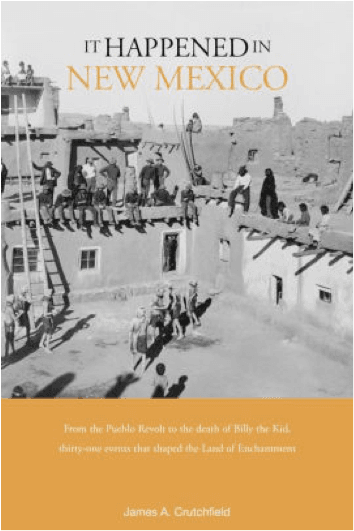 By James A. Crutchfield

From the Pueblo Revolt to the death of Billy the Kid, thirty-one events that shaped the Land of Enchantment.

From the life and times of Folsom Man (9,000 BC) to the Great Prison Riot of Santa Fe County (1980 AD), It Happened in New Mexico tells the stories of intriguing people and events from the history of one of America’s most captivating states.

Find out how Pancho Villa’s deadly raid on Columbus in March 1916 led to a $130 million – unsuccessful – mission to hunt down America’s arch enemy. Go back to July 16, 1945, when a busload of spectators pulled up to a scenic overlook to witness the explosion of the world’s first atomic bomb. Find out how Smokey the Bear began life as an imaginary symbol and ended up as the nation’s most beloved cub. Did the U.S. Army steal Doc Noss’s gold? Join the military cavalcade to Victorio Peak in 1977 and decide for yourself. 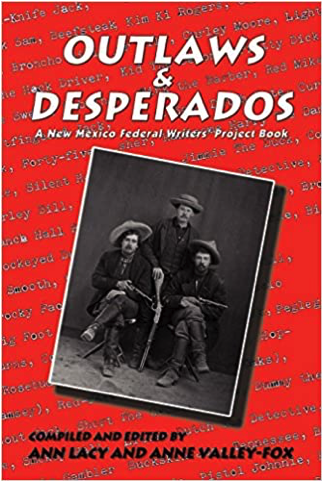 Stories about outlaws and desperados of the Old West from writers in the Federal Writers’ Project in New Mexico between 1936 and 1940.

In the early days of the American West, outlaws dominated the New Mexico Territory. Such colorful characters as Black Jack Ketchum, the Apache Kid, Curly Bill, Devil Dick, Billy the Kid, Bill McGinnis, Vicente Silva and his gang, the Dalton Brothers, and the Wild Bunch terrorized the land. Feared by many, loved by some, their exploits were both horrifying and legendary. In between forays, notorious outlaws were sometimes exemplary cowboys. Singly or in gangs, they held up stagecoaches and trains and stole from prospectors and settlers. When outlaws reigned, bank holdups, shoot-outs, and murders were a common occurrence; death by hanging became a favored means of settling disputes by outlaws and vigilantes alike. Stories of outlaws later provided plots for many of our favorite Western movies.

Between 1936 and 1940, field workers in the Federal Writers’ Project (a part of the government-funded Works Progress Administration, or WPA, later called Work Projects Administration) collected and wrote down many accounts that provide an authentic and vivid picture of outlaws in the early days of New Mexico. They feature life history narratives of places, characters, and events of the Wild West during the late 1800s. These original documents reflect the unruly, eccentric conditions of the New Mexico Territory as they played out in clashes and collaborations between outlaws and “the gentle people” of New Mexico before and after statehood. 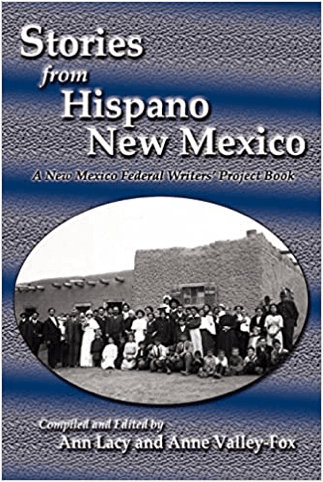 Stories by Hispanic writers in New Mexico between 1936 and 1940 as part of the Federal Writers’ Project in New Mexico.

The story of Spanish settlement in New Mexico begins with Francisco Vásquez de Coronado’s expedition into the territory in 1540–1542. The conquistadors were seeking new lands, gold, and converts to Christianity. In 1598, Juan de Oñate’s expedition of soldiers, settlers and indigenous Mexicans arrived, charged by the Crown to colonize the northern frontier of New Spain. Far from Mexico and the seat of Spanish government, in a land of extremes already inhabited by the First Americans, these settlers proved their tenacity. Farmers, shepherds and townspeople, they lived off the land: they built houses and churches, constructed irrigation ditches, raised crops, wove cloth and hunted for food in an often hostile land. They borrowed, bartered and intermarried with their Pueblo neighbors and weathered an occasional uprising; they battled with Comanche, Apache, and Navajo for control of land and resources. When the American army arrived, they chose sides and paid the consequences.

Between 1936 and 1940, field workers in the New Deal Works Project Administration’s Federal Writers’ Project (WPA) recorded authentic accounts of life in the early days of New Mexico. Happily for us, Hispano settlers were avid storytellers and gave the field writers detailed descriptions of village life, battles with Indians, encounters with Billy the Kid, witchcraft, marriages, festivals and floods. The result is a rich and uniquely regional literature. 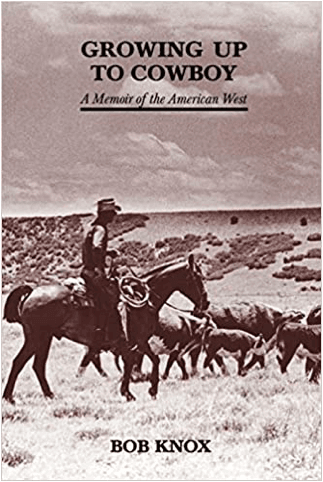 Growing Up to Cowboy $ 24.95
A Memoir of the American West
By Bob Knox

Bob Knox grew up in the cowboy life style of the 1930s and 40s, spending summers with two old-time cowboy uncles in various locations around Colorado. During this time, in the settings of no vehicles, staying in some pretty crude cow camps, he learned some of life’s valuable lessons. After graduating from high school in 1948, the author worked in the rugged cow country of northern New Mexico where, as a teenager, he hired out as a cowboy for some of the big ranches in the area. His story gives good insights into what it was like being a cowboy before the advent of four-wheel drive pickups and horse trailers and later when it was important to adapt to modern day technology.

Bob’s book covers a wide spectrum of cowboy life--a span of sixty-four years--and his blend of humorous and historical accounts makes for fast, enjoyable reading. From one hilarious episode to another, the reader gets the feeling of what it was like, "Growing up to Cowboy." 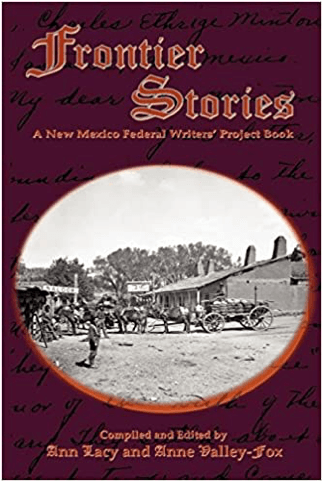 Between 1850 and 1912, the year New Mexico was granted statehood, the Territory of New Mexico was a wild and dangerous place. Homesteaders, cowboys, ranchers, sheepherders, buffalo hunters, prospectors, treasure hunters and railroad men pushing the borders of the western frontier met with resistance from man and animal alike. Native Americans, who had lived on the land defending their boundaries and way of life for centuries, reacted to the wave of outsiders in various ways. The agrarian Pueblo peoples along the Rio Grande largely kept to themselves. Apache, Navajo and Ute tribes sometimes attempted to co-exist with the newcomers but most often they fought against encroachment. Anglo and Mexican outlaws ran roughshod across the frontier and there was no shortage of bears, wolves, mountain lions, blizzards and bad water to unsettle the newcomers. This collection of frontier stories vividly illustrates the range of struggles, triumphs and catastrophes faced by settlers who hoped to tame the land and inhabitants of Territorial New Mexico.

Between 1936 and 1940, field workers in the Federal Writers’ Project (a branch of the government-funded Works Progress Administration, or WPA, later called Work Projects Administration) recorded authentic accounts of life in the early days of New Mexico. These original documents, published here as a story collection for the first time, reflect the conditions of the New Mexico Territory as played out in dynamic clashes between individuals and groups competing for control of the land and resources. 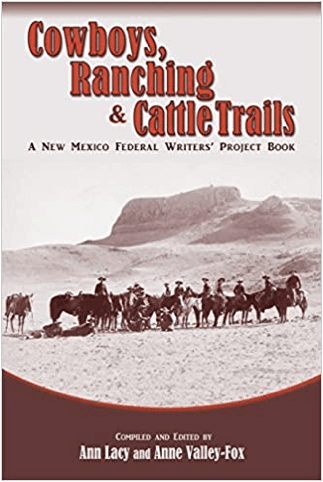 Was life on the range in the 1880s and 1890s anything like the hard riding, hardworking, hard drinking shoot ‘em up images that moviegoers saw in old Westerns? Yes—and then some, the authentic documents in this collection tell us. Cowboys, sheepherders, ranchers and all those around them in Territorial New Mexico were engaged in constant life-and-death struggles. They battled with each other and with Indians. They endured blizzards, fires, drought, floods, disease and stampeding cattle. In one account, on the morning after Comanche Indians stole all their cattle, James Chisum told his daughter, “Cheer up, Sallie, the worst is yet to come.”

Also included in this collection are reports of cooperation and glimpses of daily happiness: the simple pleasure of riding the range; camaraderie during roundups; hot meals dished out from the chuck wagon; cow camp entertainments; trips to town for fandangos; a sheepherder resting beneath the constellations and his breakfast of burrañiates. There are also high-spirited narratives describing the taming of a good steer, adventures along the cattle trails, the retrieval of mavericks and the roundup of mustangs. 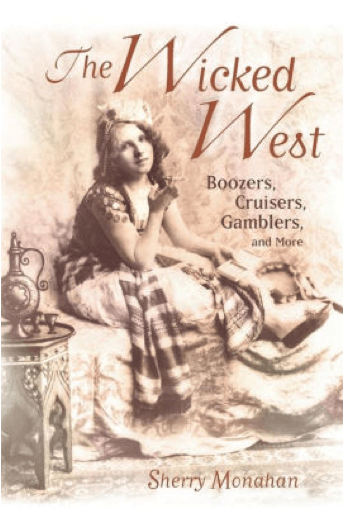