Women of the West Books 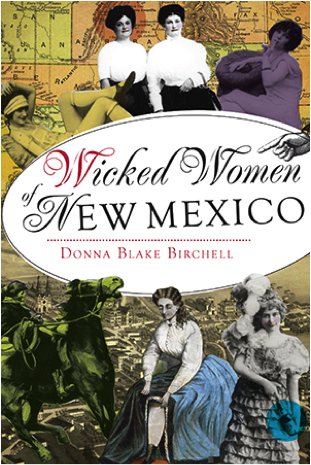 New Mexico Territory attracted outlaws and desperados as its remote locations guaranteed non-detection while providing opportunists the perfect setting in which to seize wealth. Many wicked women on the run from their pasts headed there seeking new starts before and after 1912 statehood. Colorful characters such as Bronco Sue, Sadie Orchard and Lizzie McGrath were noted mavens of mayhem, while many other women were notorious gamblers, bawdy madams or confidence tricksters. Some paid the ultimate price for crimes of passion, while others avoided punishment by slyly using their beguiling allure to influence authorities. Follow the raucous tales of these wild women in a collection that proves crime in early New Mexico wasn’t only a boys’ game. 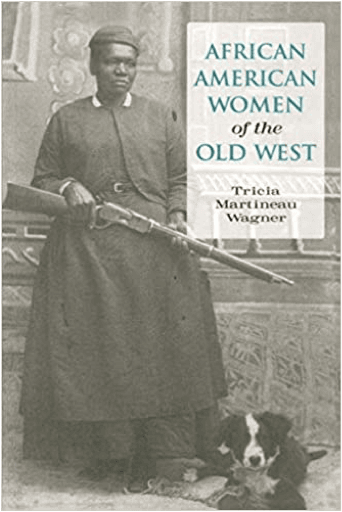 The brave pioneers who made a life on the frontier were not only male—and they were not only white. The story of African-American women in the Old West is one that has largely gone untold until now. The stories of ten African-American women are reconstructed from historic documents found in century-old archives. Some of these women slaves, some were free, and some were born into slavery and found freedom in the old west. They were laundresses, freedom advocates, journalists, educators, midwives, business proprietors, religious converts, philanthropists, mail and freight haulers, and civil and social activists. These hidden historical figures include Biddy Mason, a slave who fought for her family’s freedom; Elizabeth Thorn Scott Flood, a teacher determined to educate black children and aid them in leading better lives; and the mysterious Mary Ellen Pleasant, a civil rights crusader and savvy businesswoman. Even in the face of racial prejudice, these unsung heroes never gave up hope for a brighter future. 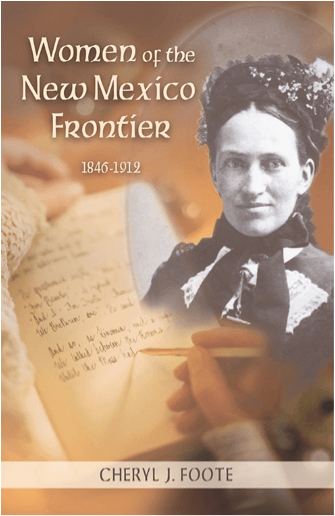 Women of the New Mexico Frontier, 1846-1912 is a collection of essays that include biographical sketches and writings from women of all walks of life who helped bring about the Americanization of the New Mexico Territory, from the Mexican War until statehood in 1912. These women were wives of missionaries, soldiers and military officers, and government officials who came from the eastern part of the United States. For this edition, Cheryl Foote has provided a new Introduction, which highlights information uncovered since the book’s original publication in 1990.

"Throughout, Foote does not shy away from sensitive topics, including alcoholism, domestic violence, and prostitution. . . . She has unearthed some women’s documents that were either unknown or have been overlooked, and she has encouraged others to delve into southwestern women’s history."--Glenda Riley, Alexander M. Bracken Professor Emeritus of History, Ball State University, Muncie, Indiana

"Battered wives, Presbyterian missionaries, army laundresses--these are the people that Cheryl Foote presents in Women of the New Mexico Frontier. Even though she restricted her portraiture to Anglo-American women, Foote still found individuals about whom we usually know too little. For example, a particular strength of this book is the new dimension it brings to our understanding of army women."--The Journal of Arizona History

"Foote’s book is based on careful research, and it brings to our attention the lives and work of obscure but nonetheless significant women."--The Western Historical Quarterly 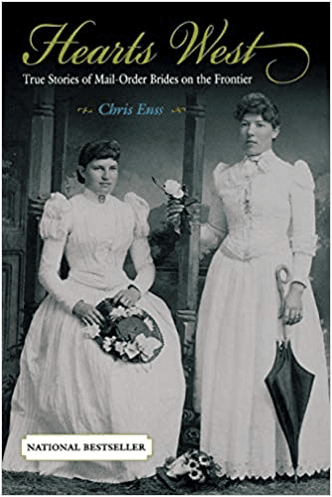 Hearts West: True Stories of Mail-Order Brides on the Frontier $ 12.95

Complete with actual advertisements from both women seeking husbands and males seeking brides, New York Times bestselling book Hearts West includes twelve stories of courageous mail order brides and their exploits. Some were fortunate enough to marry good men and live happily ever after; still others found themselves in desperate situations that robbed them of their youth and sometimes their lives.

Desperate to strike it rich during the Gold Rush, men sacrificed many creature comforts. Only after they arrived did some of them realize how much they missed female companionship.

One way for men living on the frontier to meet women was through subscriptions to heart-and-hand clubs. The men received newspapers with information, and sometimes photographs, about women, with whom they corresponded. Eventually, a man might convince a woman to join him in the West, and in matrimony. Social status, political connections, money, companionship, or security were often considered more than love in these arrangements. 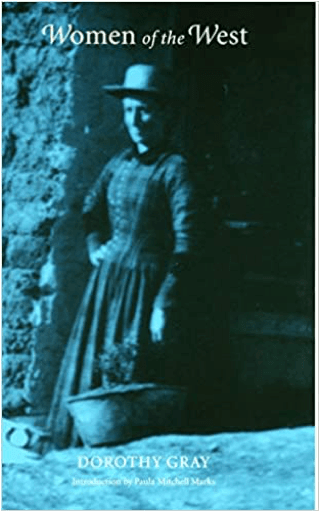 The independent-minded western woman was often eclipsed in popular literature by sensations like Calamity Jane and Belle Starr. Dorothy Gray looks at the actual lives of women who made their own way out west.

Starting with Sacajawea, the Shoshone guide for Lewis and Clark, Women of the West gives a historical overview of various pioneers: Narcissa Whitman, trailblazer to Oregon and missionary to the Indians; Esther Morris and Carrie Chapman Catt, leaders for women’s suffrage; Susette “Bright Eyes” La Flesche, the first Indian woman to become a political advocate for her race; and Willa Cather, the first writer to transmute the experience of western women into serious literature.

Women of the West is enriched by other portraits: Ann Eliza Young, Brigham Young’s ninth wife, who divorced him and fought against polygamy; Bethenia Owens-Adair and Anna Howard Shaw, pacesetters in medicine and the ministry; Agnes Morley Cleaveland, author of the classic No Life for a Lady (also a Bison Book); Mary “Yellin” Lease, a populist who urged farmers to “raise less corn and more hell”; the black freedom fighter Biddy Mason; and Donaldina Cameron, scourge of the Chinese slave trade.